Many of us think of dogs as more than just pets – we often see them as family members. Many dog owners are responsible individuals who ensure that their dogs are well trained and well treated. However, not all owners dedicate the same time and care to their pets, and some allow their dogs to run around off-leash. Even worse, when dogs are neglected or mistreated, they can become aggressive toward humans. And sometimes even a well-cared-for dog may attack a person for reasons we humans don’t fully understand.

Dog bites and dog attacks can lead to very serious injuries, leaving victims in severe pain and with significant medical expenses. The law imposes liability on dog owners when their dogs attack and injure people. If you or a loved one has been attacked, bitten, and injured by a dog, you may be entitled to compensation.

In many dog bite and dog attack cases, the dog owner will try to deny or deflect liability for the attack. That is why it is often important for someone injured by a dog bite to have experienced legal representation at their side. In Memphis, many law firms can represent you in your dog bite case. However, you need a firm with experience, resources, and a track record of success of helping clients to successfully pursue compensation for their injuries.

The dog bite attorneys at Gold Law Firm have extensive experience investigating dog attacks to establish the dog owner’s liability and arguing against any defenses that owners may make to avoid liability. Our Tennessee attorneys will aggressively pursue compensation for your injuries and losses; we make sure that you are informed at every step of your claim and understand the expectations for your case. We allow you and your family to focus on your recovery during this difficult time in your life while we fight on your behalf.

Dog Bites: How Often Do They Happen?

The Centers for Disease Control report that approximately 4.7 million dog bites occur across the United States each year, with 800,000 of these attacks resulting in the need for medical care.

The dog breeds that engage in the most attacks on humans include:

But the breed of the dog is not the determining factor for which dogs are most prone to attack. Most dog attacks involve dogs that are not spayed or neutered, and many are precipitated by owner abuse and neglect. Dogs that are chained up, regardless of breed, commit approximately 25 percent of fatal dog attacks.

Who Is Liable for a Dog Bite Injury?

Tennessee’s dog bite law is more complex than many other states. Tennessee law imposes strict liability on dog owners in certain circumstances but can impose “one-bite” liability in other circumstances.

In Tennessee, a dog owner is strictly liable for injuries and losses arising from their dog’s attack if:

Strict liability means that a dog owner is responsible to pay an injured party compensation regardless of fault, such as whether the owner knew the dog had a propensity to become aggressive or violent or whether the owner took reasonable steps to control or restrain their dog.

A dog owner is subject to the “one-bite” rule under Tennessee law if a dog causes injury to a person on private residential, farm, or non-commercial property that is owned, rented, leased, or occupied by the dog owner. If the “one-bite” rule applies, an injured party asserting a legal claim must prove that the dog owner knew or should have reasonably known that the dog would act aggressively. The rule gets its name from the perception that a dog owner knows or should know that their dog has a propensity to act aggressively if it has already committed “one bite.”

Tennessee law does provide statutory defenses to liability for dog bites and attacks. These defenses include:

Strict liability and the “one-bite” rule apply to any kind of dog attack, whether a bite, a scratch, or even being knocked over by a charging dog.

Dog bites and dog attacks, if severe enough, can leave victims with permanent damage and scarring.

In rare cases, you may be entitled to seek punitive damages, which are typically only awarded in cases where the responsible party acted in an intentional, knowing, or reckless manner that would shock a reasonable person’s conscience.

Finally, you may also be entitled to claim compensation for any property that was damaged, such as clothing or items that were broken in the attack.

Dog bites and dog attacks can range in severity. Many attacks result in nothing more than momentary pain and slight redness or bruising. However, more severe attacks can result in significant injuries, particularly when the victim of the attack is a young child or someone who is unable to defend themselves. These significant injuries may require extensive medical treatment, including reconstructive surgery or surgical or pharmaceutical intervention to fight off infection. Having to deal with the difficulty and trauma of physical and emotional recovery, along with the weight of medical bills and lost income due to missed work, can make it difficult to pursue the compensation to which you are entitled. Having legal representation by your side can take the burden of seeking compensation off your shoulders while you focus on your recovery.

If you or a loved one has been bitten by a dog in Memphis, don’t wait another day to start the process of seeking the compensation and justice you are entitled to. Contact Gold Law Firm today to schedule a consultation with one of our knowledgeable attorneys to learn more about your legal rights and options and how our firm can assist you with pursuing the financial recovery you need and deserve.

Injured In An Accident? We Can Help!

Get A FREE Consultation

What Our Clients Are Saying

I have consulted with David Gold on multiple matters.  He is very responsive — which is an extremely valuable (and rare) feature in a quality attorney.  In addition to a remarkable knowledge of many diverse areas of the law.

During the time i experienced with Mr. Gold Law Firm my case was handled very well! Everyone was friendly but about their business. Great company to come to if you ever need a lawyer in case of an accident. I am very pleased with the outcome of my case and i will be calling back if i ever need him!

David Gold is a great guy and really goes the extra mile for his clients. I highly recommend Gold Law Firm!

I have known David for several years now. David is a hard working attorney who will really fight for your rights. If I ever need an attorney again, I will certainly use the Gold Law Firm.

I am very pleased with the quality of my representation from the Gold Law Firm. David and his staff really made me feel like I was the most important client that they had. David provided great service to me.

David is an excellent attorney, I have known him for several years and I would highly recommend him.

David is an exceptional attorney. I would recommend him to anyone, I was extremely pleased with his services.  I felt like I was his only client, and he was always easy to reach. I was very happy with the result of my case.

David Gold is an exceptional attorney who is willing to fight big insurance companies for what is fair for his clients.  His experience in this field enables him to provide efficient, quality care to those who turn to him when injury strikes.

Philip Berardi
I was very pleased with the way that David Gold handled my case. The insurance company for the other driver was very difficult to work with. David Gold filed a lawsuit and the case settled for just under policy limits. I would highly recommend the Gold Law Firm to anyone who is in a car wreck.
Dominque Ables

I was represented by Claire O. King at the Gold Law Firm and I was very pleased with the way she handled my case. I was in a car wreck and did not know how to deal with the insurance company. I felt so comfortable working with the Gold Law…

You can tell David really cares about his clients. If I ever need a car wreck lawyer again, I am going to call David Gold at the Gold Law Firm.

I am a current client of the Gold Law Firm. My case is very complex because I had a jaw injury in the accident as well as my neck and back. The attorneys at the Gold Law Firm always take my calls and are easy to reach.

I had a great experience with the Gold Law Firm for my car wreck!

I was represented by David Gold at the Gold Law Firm. He took great care if me. I received much more money than I expected and would highly recommend the Gold Law Firm to anyone who had a car wreck.

I had a great time with lawyers they are great

The Gold Law Firm walked me through my case every step of the way. I can’t express how comfortable, and well informed while in person or over the phone I was. Go Team Gold!

I had a great experience with The Gold Firm!

I had a really good experience at the Gold Law Firm. I would recommend them to anyone injured in a wreck.

I would highly recommend the Gold Injury Law Firm! 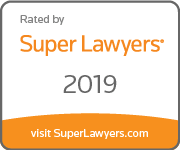 Have you suffered an injury in a car accident in Tennessee? Have you been injured in any type of accident due to the fault of another? The Memphis personal injury lawyers at Gold Law Firm are here to help you pursue fair and just compensation for the pain and hardship you have endured. Contact us today online or by calling (901) 244-5003 to schedule your free initial consultation with a skilled and compassionate Memphis personal injury lawyer.

Submit the form and we’ll get back to you as soon as possible to schedule your consultation.